Supervisory Directors are appointed in accordance with the articles of association for a period that expires on the day of the first Annual General Meeting that is held four years after their appointment. Board members step down periodically according to a schedule drawn up by the Supervisory Board. For and on behalf of the stakeholders the Supervisory Board is charged with the supervision of the Board of Directors and supports it with advice. The Supervisory Board ensures the continuity of the Management Board and the organisation.

Below you will find the Curricula Vitae of the members of the Beter Bed Holding Supervisory Board. In accordance with the provisions of the Dutch Corporate Governance Code, all Supervisory Board members are independent and do not hold shares in Beter Bed. 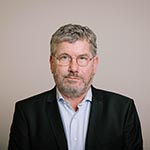 Mr Karis (1958) studied tourism before joining Dorint Group in Germany as Sales Manager for the Benelux region in 1983. After three years of executive training at Vroom & Dreesmann, he subsequently fulfilled several positions at Vroom & Dreesmann and Ikea. From 2000 until 2004 he was Vice President Ikea Retail Europe, and from 2004 until 2007 he was Senior Vice President General Merchandise for Ahold. He acted as Chief Executive Officer and Chairman of the Board at Zeeman Group B.V. until 2017. Mr Karis holds Dutch nationality.

Mr Karis is also Chair of the Selection and Appointment Committee and a member of the Remuneration Committee. 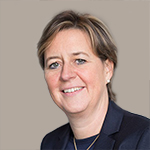 Mrs Van Hussen (1971) earned a Law degree at the Erasmus University Rotterdam and followed postgraduate programmes in corporate law at Radboud University Nijmegen and strategic leadership at Harvard Business School. Until 2017, she worked as an M&A partner at DLA Piper, where she was a board member on the International Executive Board from 2014 to 2016. Since 2018, Mrs Van Hussen has been a M&A partner at JB Law. Mrs Van Hussen held, and continues to hold, various executive and supervisory positions at, among others, Koninklijke Vezet and Stichting Continuïteit Ahold Delhaize. She is also regularly appointed as an operating officer by the Enterprise Chamber of the Amsterdam Court of Appeal. Mrs Van Hussen is a Dutch citizen 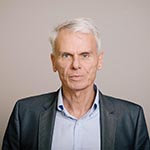 Mr Beyens (1961) earned a Master of Science in Commercial Engineering at Brussels University in 1984 and an MBA degree at the University of Antwerp in 1991. Since 1987, Mr Beyens has worked for Ab-Inbev in various international management and executive positions. In 2012, as CEO at Starbev he oversaw the sale to MCBC, and was CEO at Pelican Rouge until 2017. Mr Beyens is currently Operation Partner at MidEuropa. In addition, he is a non-executive management board member at Duvel Moortgat and Spadel. Mr Beyens holds Belgian nationality.

Mr Beyens is a member of the Audit Committee. 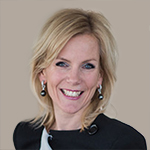 Mrs Schipperheijn (1975) holds a Master of Science in Business Economics from Maastricht University, and subsequently studied to become a registered accountant (NBA) at Tilburg University in 2002. She also undertook a Presidents Programme at Singularity University. Until 2002, Mrs Schipperheijn worked as a Chartered Accountant at KPMG, after which she held various international financial management and board positions at Shell and joint ventures of Shell until 2017. Until September 2019, she was CFO and a member of the board at Euroports. On 1 November 2020, she was appointed CFO at Royal Reesink B.V. Mrs Schipperheijn holds Dutch nationality.